On top of generating a staggering amount of profits, the British craft beer boom is paving the way for some epic releases. Over 15,000 pints of beer and 3,200 bottles of wine are enjoyed every minute throughout Britain. This shocking amount of consumption fuels a truly massive industry. Over $15 billion is spent every year on food in drinks at pubs, and these figures pale in comparison with what’s drank at home. In 2019, revenue from the UK’s beer market reached $26.89 billion, which equates to $398.22 per capita consumption.

Even though these figures are impressive, this market is continuing to grow. Experts forecast that Britain’s beer industry will expand by 3.9% between 2019 and 2023. These predictions are far from surprising, since the British are some of the most prolific beer drinkers in the world. The average adult consumes 67.7 liters of beer every year, which is the 25th highest rate in the world. Even though consumption has gone down slightly, revenue is at an all-time high. This perplexing development is due to the fact that consumer tastes have shifted to a lucrative new focus.

Instead of flocking to major brands, British customers are clamoring for craft beer. The average consumer is willing to pay more for quality brews, and this trend hasn’t gone unnoticed. During the last ten years, everyone from grassroots entrepreneurs to major companies have tried to cash in on Britain’s craft beer revolution. Between 2010 and 2017, the amount of beer trademarks has skyrocketed from 1,072 to 2,372.

Aside from setting the stage for plenty of trademark disputes, this flood of new companies is blessing consumers with amazing craft beers. Over 389 registrations are being approved every year, so there are plenty of brands to choose from. While this massive uptick in selection is welcome, it puts consumers in an interesting predicament. Now that the possibilities are endless, there are literally too many superb craft beers to choose from. For this reason, we compiled a list of the best British craft beers in 2019. These brands have stolen the show in England, so introduce your taste buds to a British revolution! 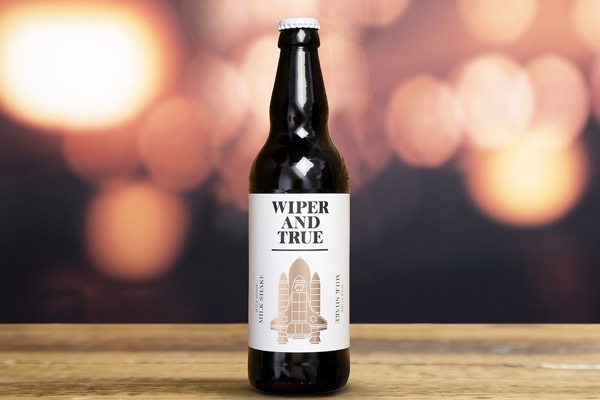 Craft Beer #3: Milkshake (Wiper and True) – Boasting a hearty 5.0% ABV, this is a treat that adults can get behind. Despite sounding like a drink reserved for desert, this silky smooth beer is a welcome addition to any occasion. Wiper and True added lactose sugar to the fermentation process, which gives it a sweet texture that’s similar to a milkshake. They managed to balance the ingredients perfectly, which allows this unique milk stout to avoid being too overwhelming. Users will be hard-pressed to find a more delightful brew, so treat yourself to chocolate vibes that are complimented with hints of vanilla!

Start the day off with a bang!

Craft Beer #2: Broken Dream (Siren Craft Brew) – Even though this is just one of Siren’s many offerings, Broken Dream put this rebellious company on the map. Thanks to its vibrant mixture of oats and coffee, it has been crowned the best breakfast stout in Britain. Six different malts were expertly blended with lactose, which creates a truly epic flavor. Even its robust 6.5% ABV couldn’t stop it from winning CAMRA’s Supreme Champion Beer of Britain 2018 title. Broken Dreams continues to shatter clients’ expectations, so buy a pint and discover what all the fuss is about! 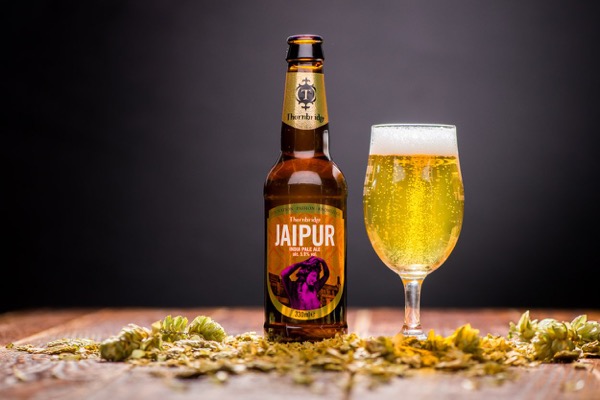 Indulge in this exotic release.

Craft Beer #1: Jaipur IPA (Thornbridge Brewery) – Ever since it was founded in 2005, Thornbridge Brewery has been setting the standard. It was the first UK craft brewery, and has won over 350 awards since its opening. This impressive list of recognitions includes multiple Gold Medals at the World Beer Awards and being named one of the Top 50 Food and Drinks in Britain. The quality of their lineup is indisputable, and this bold IPA is no exception.

Armed with a delightfully complex taste, Jaipur IPA is a continuation of Thornbridge Brewery’s legacy. Despite being an American style IPA, it has an unmistakable oriental influence. Honey, lemon zest, Thai Curry and lemongrass are all present in this unapologetically intense IPA. Even though it harnesses a unique symphony of flavors, the overall notes are charming enough to seduce the most jaded beer enthusiast. Experience a six-dimensional hop experience with this outrageously satisfying release!