Casinos pride themselves on offering over the top amenities, so it’s no surprise that they generate staggering amounts of revenue. Even though it’s hard to lose for a casino, not all venues rake in excessive profits. In an industry that’s constantly outdoing itself, standing out becomes increasingly hard to achieve. Nowadays every casino has evolved into a small city that’s bursting at the seams with luxury.

Even though casinos revolve around excess, these grand displays aren’t free to run. The overhead cost of maintaining these lavish establishments is extreme, so the profits need to be equally over the top. To stay in the game, casinos need to generate more money than most small towns. These epic venues create their own bonanzas, which are essential for continuously expanding. To see where the industry is going, look no further than the most successful casinos. They have the revenue to pioneer new frontiers, so let’s explore these bustling establishments!

Most Successful Casinos In the World 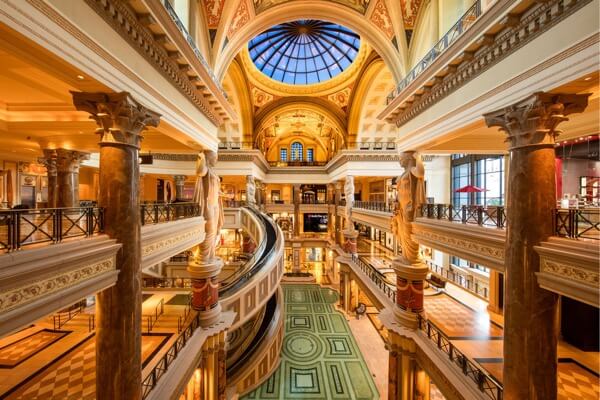 This casino is so big that visitors can get lost!

Casino #3: Caesars Entertainment – Over the years, this behemoth corporation has taking the industry by storm. Their flagship casino is none other than Caesars Palace, which features unparalleled luxury. Being one of the most infamous venues in Las Vegas has its perks. They reported $8.5 billion in revenue in 2014 alone, which is more than most towns generate in 5 years. Their stocks are currently trading at $8.10 a share, making it one of the most resilient businesses on the market.

What makes this casino stand out isn’t just its location, their legacy proceeds it wherever its mentioned. From Las Vegas to Atlantic City, their casinos are stealing the show. Big name venues The Rio & Caesars Atlantic City also help cement their top dog status. They feature things that no other venues offer, including a gigantic colosseum. In 2003, Caesars Palace built The Colosseum exclusively to host Celine Dion’s “A New Day” show. Once filming stopped, big name headliners kept coming. The Colosseum has hosted ultra-famous visitors such as Cher, Stevie Nicks & President Obama. With a lineup like that, it’s no surprise that they made our list! 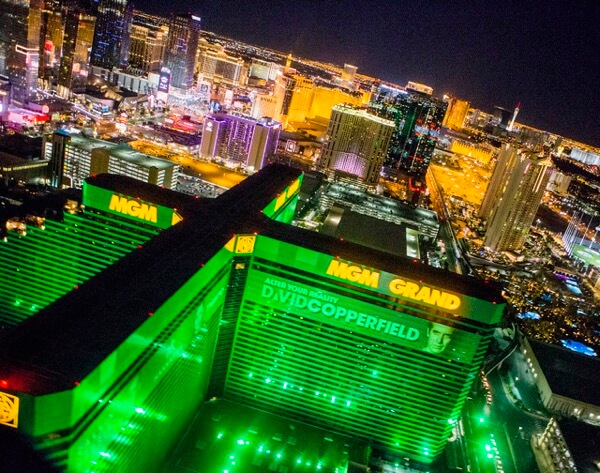 This casino manages to stand out in Vegas!

Casino #2: MGM Resorts International – Out of all the companies operating in Las Vegas, few are as prolific as MGM. They own a slew of successful casinos, including the infamous Bellagio on the Vegas Strip. Out of all their venues, their flagship casino MGM Grand Casino Las Vegas is the most impressive. Boasting a never-ending list of amenities, this venue is the largest in the country.

It’s the third biggest casino worldwide, & their over the top size is backed up by quality features. This casino has 6,800 high end rooms, indoor/outdoor pools, waterfalls & artificial rivers. It’s a city within a city, & their annual revenue is equally impressive. In 2014 alone, this gigantic corporation raked in $10 billion. This may seem unfathomable, but it’s only fair for a company who dominates Las Vegas. 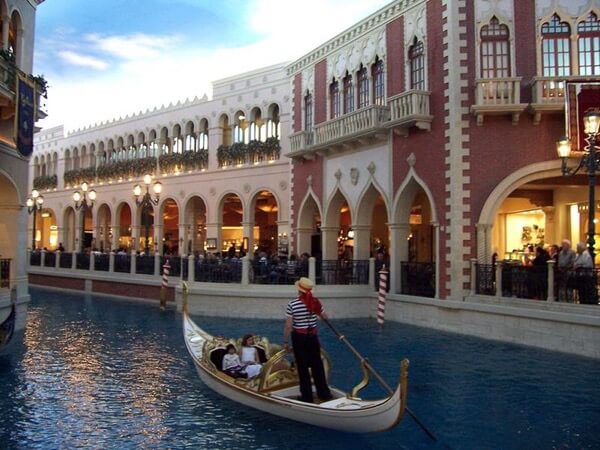 Sail around this bustling mini-city!

Casino #1: Las Vegas Sands – Out of all the corporations on our list, this one embodies the American dream. After almost going under in 2008, this company is back with a vengeance. They went from losing $1,000 per second to raking in $14.5 billion in 2014. This staggering turnaround is thanks to the outstanding success of their flagship casino, The Venetian.

This venue used to be the largest in the world until it was dethroned by its sister casino in Macau. Even though it’s not the biggest in the world, their revenue says it all. This unmatched resilience is key to dominating an ever-changing industry!