When it come violent outbursts, none have been more outrageous than sports riots. Throughout history people have let their passion for games turn them into blood thirsty beasts. While most of us are tame in our natural environment, sports have the uncanny ability to unveil our primitive roots.

No one wants to lose, but some people are intent on raising hell if things don’t go their way. This sentiment gets compounded when you have large stadiums filled with people who share the same passion. Once things get out of control, the raging emotions spread throughout the crowd like wildfire. These situations are extremely dangerous, thousands of people have lost their lives over their favorite sports. We have compiled a list of the deadliest sports riots in human history. Prepare to be shocked by the brutality of sports fans!

3 of the Deadliest Sports Riots 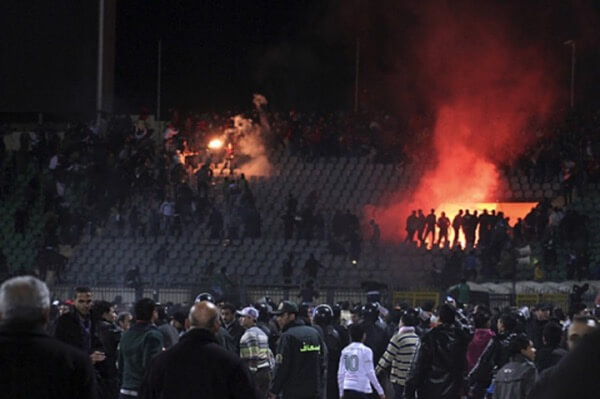 This violent sports riot got football banned in Egypt for 2 years!

Sports Riot #3: Port Said Stadium Riot, Egypt – On February 1st, 2012, tragedy struck during a Premier League football match. The competing teams El Masry & El Ahly were bitter rivals. Tensions were unusually high between the two groups, so the game was a disaster waiting to happen. Every time their team scored a goal, El Masry fans invaded the pitch. This repeated until the end of the game, when things turned horribly violent. Armed with knives & bottles, fights broke out across the stadium. By the time police broke up the melee 72 people were killed, over 500 were injured & 47 people got arrested. This bloody spectacle got football banned in Egypt for 2 years. 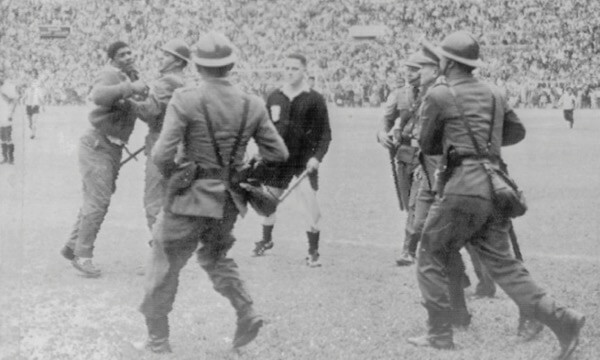 This game will forever live in infamy.

Sports Riot #2: Tragedy in Lima, Peru – On May 24th, 1964, Peru was participating in a crucial match against Argentina. The stakes were high, since the winner would qualify for the Tokyo Olympics. By the end of the game, Argentina was winning 1-0. Just 2 minutes before the clock ran out, Peru scored a goal that was disallowed by the Uraguayan referee. Enraged by the referee’s decision, the crowd stormed the field. Police fired tear gas to disperse the crowd, but this turned out to be a terrible decision. Unable to breathe because of the tear gas, the crowd panicked & rushed the exits. The stadium’s corrugated gates became a death trap for the stampede of frantic fans. In the end 328 people were crushed to death & over 500 people were injured in their fateful rush to escape. 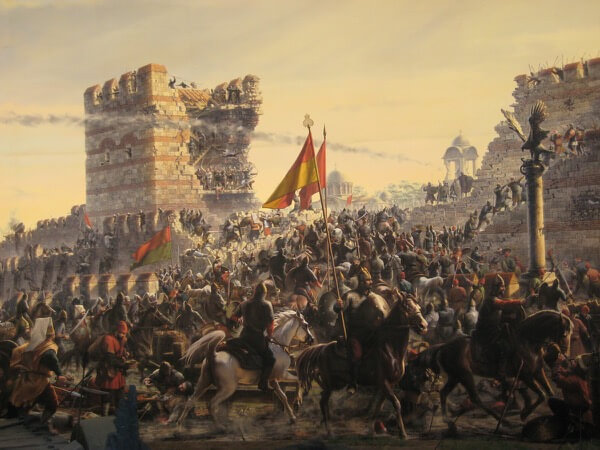 A simple chariot race turned into a massacre.

Sports Riot #1: Nika Riots, Ancient Rome – This terrifying riot proves that sports have always been a source of mayhem. In 532 AD, the threat of war with Persia & a new wave of taxes had infuriated the Roman people. Attempting to smooth things over, Emperor Justinian hosted a massive chariot race. Unfortunately this proved to be a bad move. The chariot racers consisted of two teams, blue & green. The fans were bitter rivals, but they had one common enemy. By the end of the races multiple people had been murdered & both sides united to overthrow the emperor. After laying siege to the palace for 5 days, they crowned a new emperor. Refusing to step down, Emperor Justinian came up with a devious plan. He sent out a eunuch with a bag of gold coins to infiltrate the crowning of the new emperor. Once inside the crowd, the eunuch reminded the blue chariot supporters that Justinian supported their team & the new emperor was really against them. Infuriated by this news, all the blue supporters left the coronation. With half the crowd dispersed, Justinian ordered the army to slaughter the rest of the spectators. By the end of the massacre over 30,000 people were brutally murdered & half the city of Constantinople was destroyed. So much for smoothing things over!