Despite Sydney’s draconian lock out laws, their nighttime economy is making a comeback. Faced with silly rules that prohibit dancing, mirror balls and ukuleles, patrons are adjusting how they party. The forced closure of after-hours venues has unintentionally created a boom of new small bars. These venues allow patrons to drink until until midnight, and are fueling a defiant revolution. In 2017, the number of late night venues grew 1.8% to 4,872. While many of them are food oriented, the number of drink venues has risen to 574. While this is still lower than the 576 venues enjoyed before the 2014 lockout laws, Sydney’s nighttime economy still generates $4.05 billion.

These staggering figures are motivating more pubs to open up throughout the city. As the late night sector continues to grow, so are the amount of pubs and liquor stores. Last year was no exception, since plenty of amazing pubs debuted throughout Sydney in 2018. These venues immediately won clients over with their inviting atmospheres and impressive selection of drinks. Unfortunately, not every new pub that opens in Sydney is worth visiting.

Now that pubs are on the rebound, visitors are immediately flooded with options. While locals know which spots are best, finding the top pubs as a newcomer is a daunting task. Last year the city hosted 10.67 million domestic visitors and 4.05 million international tourists, so plenty of newcomers need guidance. To lead our readers to the best venues, we compiled a list of the best new pubs in Sydney. The other pubs can’t compete, so discover which pubs stole the show in 2018! 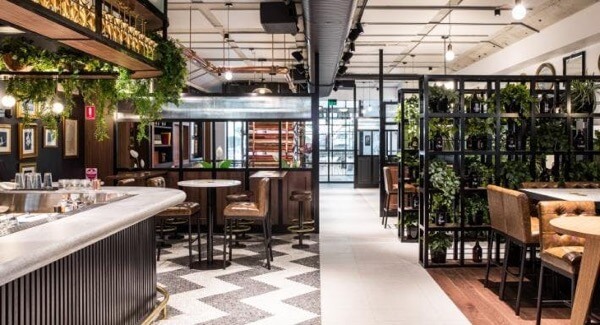 This venue showcases the charm of Sydney’s new generation of pubs.

Pub #3: The Governor – Nestled right on the edge of Macquarie Park, this venue sports a level of charm that can seduce multiple generations. Their modern décor is highlighted by dark timber, plants and booths styled like old-school train carriages. This interesting mixture of vintage elegance set’s the stage for an impressively robust menu. Boasting woodfired pizzas, slow-cooked Flinders Island lamb shoulders and teriyaki chicken poké, head chef Luke Lashford doesn’t disappoint. Visitors can also enjoy open fires and 360-degree views of the city from their rooftop bar. This breathtaking vantage point makes The Governor one of the most amazing venues in Sydney, so don’t miss out on the action! 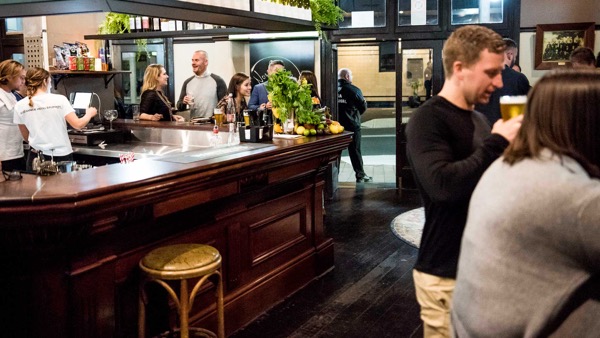 There’s no stopping this resilient pub.

Pub #2: The Exchange Hotel – Despite not being new, this pub came within inches of becoming a call center. After devastating locals by closing and announcing it would become a call center, the pub suddenly reopened last July. This welcome surprise allows this beloved local bar to continue serving punters who have been customers for their entire lives. The Exchange Hotel has been operating for 132 years, which makes it a living part of Sydney’s history. From $5 beers to allowing dogs within its premises, there’s no denying this pub’s timeless charm. Dive into Sydney’s history by enjoying a pint at this resilient venue! 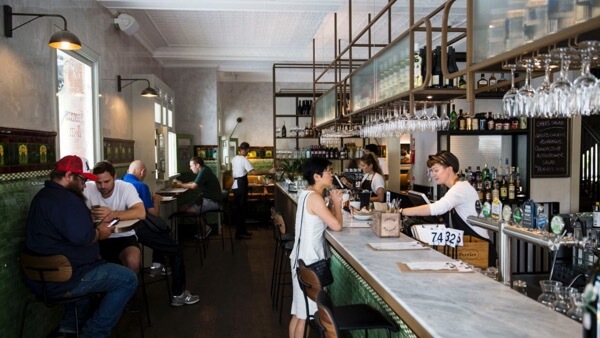 After laying in disrepair for 30 years, this pub is finally back in business!

Pub #1: Terminus Hotel – Back in the 1840’s, the Terminus Hotel was the top pub in Sydney. Unfortunately, despite its raging popularity this iconic venue went out of business in the 1980’s . This led to it being overgrown by vines and boarded up for thirty years, which inspired two business partners to bring it back to life. Equipped with a modern makeover, this bar is back with a vengeance. Now visitors can enjoy quality food at their kitchen, epic cocktails at their upstairs bar and tranquil moments in their courtyard. Seeing this pub defy the tests of time is nothing short of inspiring, so make sure to stop by on your next trip!