French settlers set the original framework for the city, so it’s not surprising that Chicago is filled with quality bistros. Despite being the transportation hub of America, many faucets of Chicago unintentionally lead back to France. The area was originally pioneered by the French in 1688, and quickly became a crucial hub for transportation and fur trading. Even though France eventually lost control of the area, their influence on the city that sprang up within their former territory can’t be ignored. The name “Chicago” stems from a French rendering of the Native American word Shikaakwa. This Indian term refers to a species of wild garlic that grows abundantly throughout the area.

Even though France has been kicked out of the political spectrum, their influence remains prominent in Chicagoan cuisine. This is the third largest city in America, and its restaurant industry is booming. Over 8,000 restaurants operate throughout Chicago, which provides a slew of venues that range from world renown to community favorites. This includes 26 Michelin-starred restaurants and 7 AAA Diamand-rated venues that cater to some of the staunchest food critics on the planet. Within these elite circles, French venues are an undeniable hit. Despite facing horrific overhead costs and fierce competition, over 25 French Bistros are located in the heart of the downtown area alone.

Being able to survive in one of the world’s most competitive restaurant industries is a feat that attests to Chicago bistros’ charm. By melding fun atmospheres with quality French cuisine, these venues provide the best of both worlds. These are some of the best bistros that exist outside France, which makes them essential additions to any foodie’s itinerary. To showcase how embedded French cuisine is within the local culture, we compiled a list of Chicago’s best bistros. These venues provide the perfect balance of quality and originality, so come indulge in their award-winning cuisine! 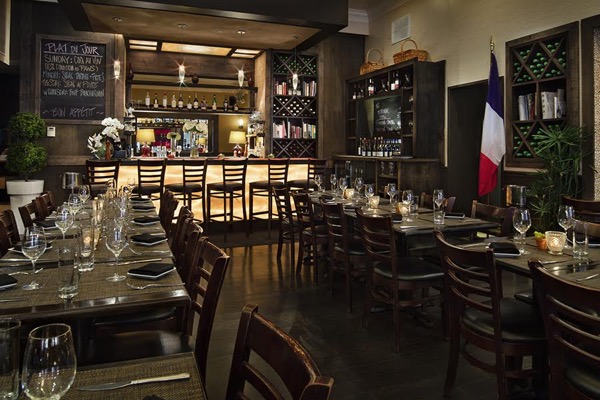 Few venues can compete with this bistro’s charm.

Bistro #3: Bistronomic – This daring venue showcases the innovation that happens when two wildly different cultures collide. Against all odds, French restaurant veteran Martial Noguier managed to blend France’s complex dishes with Midwestern agriculture. They only use ingredients that are sourced from local farms, and this purist approach has a major impact on their menu. Thanks to the undeniable freshness of the ingredients, every dish is sensationally good. From their house made ravioli to roasted lamb rack, patrons can’t go wrong with this delightfully rebellious collection. Their Le French burger stole the show at the Chicago Gourmet’s Hamburger Hop, so visitors can enjoy American classics with a French twist! 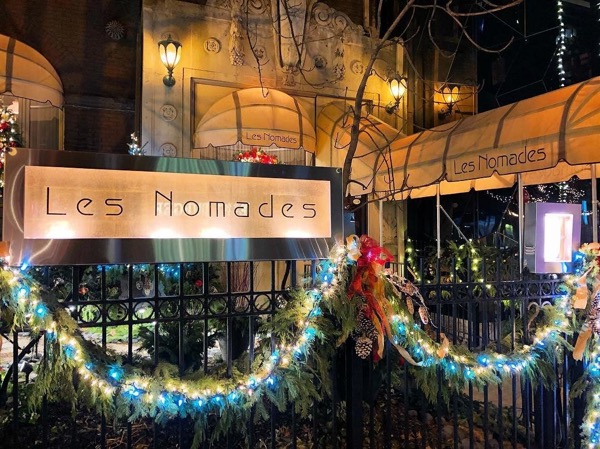 This elegant venue enchants all of the senses.

Bistro #2: Les Nomades – For those who crave unadulterated French cuisine in a fancy setting, this venue can’t be beaten. Armed with an epic menu and plenty of intuition, Chef Roland Liccioni has been impressing patrons since the 1970’s. Their white tablecloths are graced with so many luxurious French classics that this bistro has reached impressive levels of infamy. Guests are forced to dress up, but this sacrifice is understandable when faced with such a noble menu. Patrons can choose between chilled foie gras torchon, veal sweetbreads, lobster salads and Grand Marnier soufflés. This menu is constantly updated, so discover what Liccioni will create next!

This bistro manages to outdo fancier venues with their timeless cuisine.

Bistro #1: Le Bouchon – Despite not receiving the international attention of its peers, this hidden gem has proven itself amongst locals. Through its impressive selection of amazing dishes and regional French wines, Le Bouchon has become a pillar of the community. It’s nestled in a small neighborhood, but that doesn’t stop it from getting absolutely packed every day. Patrons willingly line up out the door to experience their jaw dropping cuisine. Beef bourguignon dumplings are only outdone by their Alsace onion tarts and whole roasted ducks. They offer half price wine on Mondays and $25 three-course meals on Tuesdays, which makes any day a prime time to indulge. This bistro has consistently impressed patrons since 1958, so find out what all the fuss is about!