The Callinan Review has uncovered an ironic repercussion from Sydney’s lockout laws. The report showcases that instead of making residents feel safer, it’s having the opposite effect. Now that the streets are practically deserted at 3 am, it’s opening up doors to a new wave of crime. Many feel that this lack of foot traffic on Syney’s streets is putting their safety at risk. This is yet another crucial piece of evidence that highlights the fallacy of the lockout laws. All these reports are painting a grim picture for the effectiveness of these controversial restrictions. 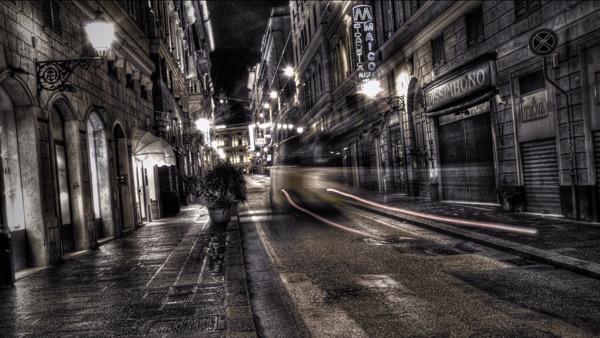 The Callinan Review has put Sydney’s lockout laws under scrutiny, & their findings are shocking. The review focuses on the impact of the infamous 2014 New South Wales liquor laws. It examines every aspect of the restrictions, including: the 1:30 am lockout, 10 pm take away liquor sales restrictions, 3 am last drinks & increases in annual liquor license fees.

As soon as they opened for submissions on March 5th they were flooded with responses from both citizens & businesses. On April 8th, they closed their doors to new submissions. To date they have delved into more than 1,856 submissions to come up with their results. They also are diving head first into over 570 emails that were received before the cut off date regarding the issue.

Compiling all these results is a daunting task. To make sure that they get a complete review they are also consulting government agencies & individual stakeholders. The Callinan Review will also compare statistical data relating to alcohol related violence.

So far their findings show that the lockout laws have been a massive failure. An overwhelming amount of both men & women feel that the deserted streets are a breeding ground for assaults. When people leave the bars, the streets are deserted. There are no witnesses & the streets continue to be infested with drug addicts. Many feel that before the lockout laws they had strength in numbers. There were countless people walking down the street & there were security gaurds at every venue. Now the streets are hardly patrolled by either citizens or police, which is creating a perfect opportunity for criminals. It’s time we stopped putting law abiding citizens in danger.

Kings Cross lays empty after being strangled by aggressive restrictions.

One musician named Peter said he has noticed a huge difference in the city after he finishes a gig. “I walk the streets at 3am after playing at a club fearing for my well-being as the streets are addled with the shadiest of characters. As the foot traffic through the city decreases, my fear rises. I do not feel safer. An unprovoked attack feels imminent as I have no safety in the crowds around me, a ghost town is not a safe town.”

This shocking twist to Sydney’s security is bolstering public opinion against the lockout laws. Many businesses have been ruined, & it’s only a matter of time before someone falls victim in the deserted streets. Luckily all this negative press isn’t falling on deaf ears. Sydney’s Lord Mayor Clover Moore is entertaining the idea of making some much needed revisions to the lockout laws. While this doesn’t mean that the lockout laws will be banished tomorrow, it’s a faint signal of hope that change is on the way. Hopefully our politicians don’t get blinded by vetted interests & listen the voice of the people.