Boasting one of the most vibrant beer industries in the world, it’s no surprise German beers are in a class of their own. Even though they were far from the first civilization to produce beer, Germans were the first to perfect its production. Thanks to the first international trade routes, Germanic ancestors were consuming beer amphorae as early as 800 BC. By 500 AD, German housewives were brewing a thin beer that was created with oats and honey. Ironically, beer drinking didn’t take off until Christianity gained a firm foothold in Northern Europe.

By the 12th century, this once all-female trade was completely taken over by Christian monks. Hundreds of monasteries were brewing beer, since it was seen as a way to indulge without breaking fasts. German monasteries were the premier educational and research centers in Europe, which allowed monks refine beer production at an impressive rate. Fueled by a series of key developments, beer gradually became an essential part of German society. It was used as a way to pay taxes, and small wars (Bierstreite) were fought between cities for the rights to produce their own beer.

Thanks to this illustrious history, Germany is easily the most important beer market in Europe. Around 1,492 breweries are scattered throughout the country, and they produce a staggering 93,013,000 hectoliters of beer every year. This translates to 10.8 billion euros in revenue, which has a major impact on the economy. By generating 536,675 jobs and 6.2 billion euros in taxes, beer is an essential piece of the fabric of German society.

Unsurprisingly, this esteemed position in German culture has created some of the best beers in the world. Germany is awash with thousands of premium beers, which makes picking the best pint a daunting task. For this reason, we compiled a list of the best German beers in 2019. These creations have tantalized the senses of consumers from around the world, so don’t miss out on these amazing brews! 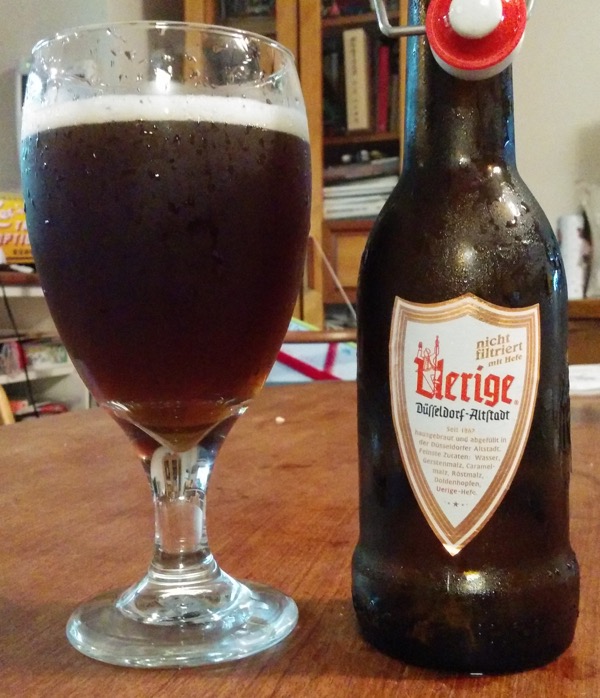 There’s no escaping the unique flavors…

Beer #3: Sticke Altbier by Uerige (6% ABV) – Boasting a brazen brewing technique and unforgettable taste, Altbier-style beers are a Dusseldorf specialty. By giving ale yeast a longer conditioning period at low temperatures, this brown ale is blessed with a smoother, lager-like feel. This unique brewing style was perfected by Uerige, and Sticke is their most beloved Altbier offering. Despite having high levels of bitterness, patrons are routinely delighted by the malty taste that’s so extreme it borders on being nutty. Its creaminess is perfectly balanced by bitter crescendos, which makes it a modern masterpiece that demands to be indulged in. 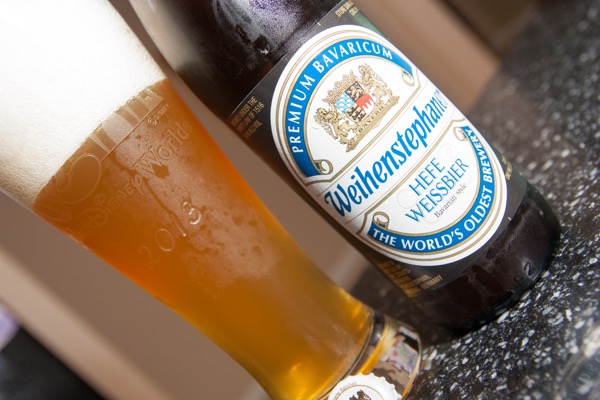 Practice makes perfect, so dive into this delightfully crisp beer.

Beer #2: Hefe Weissbier by Weihenstephan (5.4% ABV) – This daring brew showcases the advantages of hundreds of years of experimentation. Created by “The World’s Oldest Brewery”, this Hefeweizen style beer refuses to conform to expectations. Its clean, crisp flavor is invigorated by delicate notes of bananas and cloves. This unapologetically unique taste is created by using a special yeast that’s complimented by spices. It’s a welcome addition to any occasion, so liven up your next vacation with Hefe Weissbier!

Discover why they had to make this a year round offering!

Beer #1: Oktoberfest Märzen by Hacker-Pschorr (6% ABV) – Due to its prominence and scarcity, this brew routinely stole the show at Oktoberfest. Traditionally brewed in March, this end-of-brewing-season beer is made a little stronger to help it last throughout the autumn festivals. It has lightly toasted caramel flavors that are perfectly complimented by a solid dose of alcohol. Normally it was only served during Oktoberfest, but thanks to its raging popularity it is now available all year long. This beer represents 500 years of tradition, so treat your taste buds to a German brewing revolution!