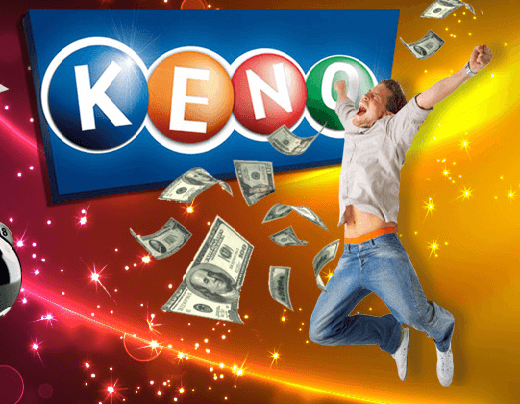 Do you wish to understand odds and for this you first need to understand how the game is played. The game of keno employs 80 balls that are numbered 1 through 80. During each draw the house draws 20 balls at random and displays their numbers on video screen or digital boards, called keno boards. The results of the draw are also displayed on video screens that are located throughout the casino and in the keno lounge pay off depending on various modes of play.

The object of the keno game is to choose numbers that are direct hits. These twenty numbers are on balls which are drawn randomly from a hopper. The balls are mixed together and then read by a casino dealer. If you are playing online, then the numbers will more than likely be selected by a RNG, which is simply an acronym for a computerized program known as a random number generator.

Do you know your best Odds when it comes to playing keno. Each casino has its own casino brochure which helps you decide how much to bet on each ticket.

Finding straight out the best odds is harder than you would think. There is currently no information about the best keno odds in Australia. That includes the optimal amount of number (spots) to choose, size of bets, if jackpots play a part and if the odds of different online keno sites changes from site to site.

In live casinos, video keno tends to be a better deal than the slower, more labour-intensive traditional game where you fill out physical cards and wait for each drawing. However, the best deals of all are usually found at online casinos, where keno often has the same great odds you’d find from online slots or table games. As a rule of thumb, live keno games might typically return 70%-80% to a player, while video keno will often return over 90%. The best online games surpass 95% on occasion.

The reason for this is simple. In your local area, one or two casinos might dominate the gaming landscape. On the Internet, a website has to compete against dozens, maybe hundreds, of competitors (depending on location). They have to offer better odds or they lose their customers.
As an example of how the odds work. Suppose in an online keno game, there are different house edges and different payouts depending on the exact number of spots you’re playing. Imagine you’ve played the maximum number of spots allowed: 15.

Here are the payouts for hitting each number of spots; as a reminder, keno odds are expressed “for one,” meaning that a payout of 1 means you’ll only be getting your money back (as you originally spent 1 unit to play).

The overall return for the player is 94.39%, for a house edge of 5.61%. There are a few other interesting statistics we can gather from this:

How to Increase Your Odds of Winning

It may seem that the key is to play as many numbers as you can and as cheaply as you can. However, one drawback of playing as many numbers as possible is that the more numbers you mark the more you have to get exactly dead on in order for you to score anything. The biggest mistake made by beginning players is playing too many numbers at first and this is one way that the casinos can suck your money away from you.

When it comes to keno there is only one universal truth – the odds are the same no matter what you play. The payoffs are set such that in dollar terms the house percentage is pretty much the same regardless of how many numbers are won.

Payouts in lotteries, bingo and keno vary depending on the number of tickets sold in each game, but the keno pay out is $2 million-less than a quarter of the odds against the house.
Sometimes there is bonus for making off a lot of numbers (such as 15) if you hit a certain number. In most casinos, that winning bonus number is the number 0. If you happen to be in a casino and there are keno games offering a bonus, then your best winning strategy is to play the bonus number (or numbers) as often as you can.

A woman in Australia has beat 1 in 53 billion odds to win Keno twice in 12 months – with the same eight numbers. http://tf.to/c65A