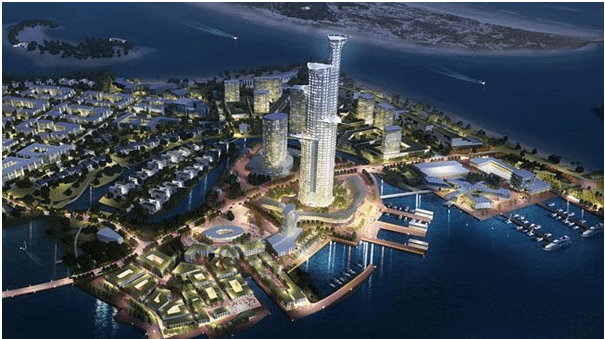 Australia has always been a hub for tourism and casinos. Though visitors flock to this beautiful continent from across the globe but it has the record of having largest number of Chinese visitors. The reason is obvious: the casinos- that are the major attractions to them besides other food, entertainment, scenic beauty and culture. The Gold coast area of Australia- Queensland which is the second largest state and the third populous one is the charm of every one who steps on this beautiful coast.

It is a place that has a lot to offer to both domestic and foreign tourists. In the year 2013  total of 918,000 Chinese visited the continent and spent a total of A$5.7 billion while on the continent.

As Chinese love to gamble and enjoy the former Queensland government decided to take important measures towards turning the state into a popular gambling hub and the next Asian-Pacific gambling mecca. In 2013, Premier Campbell Newman announced that Queensland was to have up to three new casinos, which were to be part of bigger integrated resorts, in an attempt for more tourists to be attracted and the local economy to receive a major boost.

Baby Steps towards the Launch of the New Queensland Casino Resorts

After a scheduled 16-day trade mission around Asian countries, including Mainland China, Macau, and Singapore, as well as series of discussions with Cabinet members, former Premier Newman announced on October 14, 2013 sent an invitation for expressions of interest for the redevelopment of the government-owned precinct in the Brisbane Central Business District (CBD)

Premier Newman explained that the redevelopment would include the construction of six-star hotels and the addition of retail, food and beverage, and entertainment facilities as well as open spaces. In addition, it was announced that a casino license for the so-called Queen’s Wharf precinct was to be awarded. It was explicitly stated that the license in question was not to be granted for the establishment of a stand-alone casino but rather for an integrated resort.

Premier Newman pointed out that the launch of mega casino resorts was what Queensland and its tourism industry needed. Such resorts were expected to attract Asian high rollers, who as it became clear, tended to spend a lot of money on casino gambling.

Apart from the Queen’s Wharf integrated resort project, the state government noted back in 2013 that two more casino licenses would be granted. Those two were to be awarded to developers that expressed interest in building mega-casino resorts in other parts of Queensland.

At that time, local media suggested that Australian gambling operators Echo Entertainment and Crown Resorts would be the two competitors for the Brisbane project. In addition, a casino resort on the Gold Coast Broadwater was contemplated, with China-based ASF Consortium being the possible developer behind that particular project.

Back then, the Queensland government noted that it would grant casino licenses only to developers and projects that promised to benefit local communities and the state economy as a whole. The Expression of Interest process was launched on January 17, 2014 and ran through March 31, 2014.

As of April 2014, there were a total of 12 proposals for the construction of three integrated resorts across the state. Of those, 6 developers were shortlisted for the redevelopment of the Brisbane CBD into the Queen’s Wharf precinct, affectionately named so to celebrate the area’s rich past. Three of the preferred candidates were Australian companies – Echo Entertainment, Crown Resorts, and Lend Lease. The other three were SKYCITY Entertainment Group Ltd, Far East Consortium/Chow Tai Fook Enterprises Ltd., and Greenland Investment Pty Ltd.

The 6 other developers expressed interest in launching integrated resorts in other parts of the state. Following are the proposed locations:

All interested developers paid a A$100,000 non-refundable fee in order to have their proposals considered by the Queensland government.

Over the past next months, the candidates for the Brisbane project were reduced to only two – Echo Entertainment and Crown Resorts. What is more, ASF Consortium’s Broadwater proposal and Aquis’ Yorkeys Knob were named the preferred bidders for the other two casino licenses. In summer of 2014, the latter projects were pre-planning phase and were waiting for a number of approvals before being able to proceed with the construction of the luxury properties.

In order to obtain those approvals, the two developers were expected to submit comprehensive plans for the future mega-casino complexes, assessments of the potential impact those might have on the environment, as well as permits from host councils.

The other four regional proposals for integrated resorts were rejected as developers behind those were in the early stages of planning and negotiating. In addition, the Queensland government explained that the Broadwater and Yorkeys Knob projects were selected due to their close proximity to international airports and already established tourism locations. In other words, they were more likely to attract both domestic and international tourists, particularly high rollers from Mainland China.

Chinese-backed ASF Consortium moved a step closer to securing a casino licence on the Gold Coast after reaching an agreement with the Queensland government to develop a five-hectare site next to Sea World and luxury hotel Palazzo Versace.

A fortnight after Echo Entertainment won the right to develop the $2 billion Queens Wharf casino in Brisbane August 2015, the Palaszczuk Labor government announced it had struck an agreement with ASF for a new site for the potential $2 billion integrated resort and casino on the Gold Coast Broadwater.

The Gold Coast is one of two regional casino licences up for grabs. The other is in Cairns.

ASF’s preferred Gold Coast site on Wavebreak Island on The Spit at Southport was opposed by local residents and the newly-elected Palaszczuk government, forcing the consortium to find a new site for their proposed development.

The site on the Broadwater is part of the original land parcel released for the development of an integrated resort development by the former Newman government in 2013.

The ASF Consortium – led by the ASX-listed ASF Group, China State Construction Engineering Corporation and CCCC Guangzhou Dredging Corporation – had yet to submit a detailed proposal to the state government or be granted a casino licence. It was expected to outline a master plan for its hotel and casino in early 2016. There would be no cruise ship terminal after concerns about dredging.

ASF Group chairwoman Min Yang said they were still committed to the project which would add to existing attractions on the Gold Coast.

The casino will offer a world-class destination for the Gold Coast attracting new international and domestic visitors, gaming, performing and visual arts, retail, hotel, unique leisure, cultural, residential and outdoor pursuits. In this multimillion project you will find lots of table games and obviously Keno to be enjoyed by one and all.

Keno one of the popular choicest among players

Keno is a random number game played every three minutes and offers customers the chance to win instant prizes and life-changing jackpots. Keno is available in over 1,800 NSW Clubs and Hotels and last year alone made nine players instant millionaires. Even the Tabcorp Holdings Limited has announced to issue a new NSW Keno licence extending approval to operate the exclusive NSW Keno business till 2050. The new licence offers exciting enhancements to the current game, including digital play in-venue, subject to regulatory approvals. Tabcorp will make a payment of $25 million to the NSW Government. An annual fee of $3 million will start one year after licence commencement, increasing to $4.5 million in 2022, thereafter indexed at 2.5% for the licence term.

The extension adds longevity to Tabcorp’s portfolio of Keno Licences, with the Victorian licence expiring in 2022, Queensland in 2047 and ACT in 2064.

The establishment of these three expensive mega-casino resorts once materialized hope to be profitable enough giving wide variety of gaming and other entertainment options. Till then waiting with fingers crosses for Gold Coast to become the next major gaming hub for both high rollers and new players.

For further information on the Gold Coast IRD please contact the Major Projects and Property team.