Out of the millions of bartenders working around the globe, only a few of them have stolen the show. Every bartender adds their own flair to the trade, so there are undoubtedly countless stars that failed to garner the attention they deserve. There’s nothing wrong with being normal, but some bartenders have taken their love of the craft a step further. These mixologists captivated the international media’s spotlight with their unbridled talent. From new innovations to spectacular venues, the feats of these entrepreneurs has put them in a category of their own.

Classifying what makes a bartender better than the rest is complicated, since there are many areas to examine. While consistently making delightful drinks is common, creating a new classic isn’t. Not everyone can create the next mojito, but they can shine with their daring business ventures. For this reason, we have compiled a list of the most impressive bartenders in the world. They have shown the public that they are on another level, so prepare to be impressed with their venues!

Bartenders Everyone Should Know About 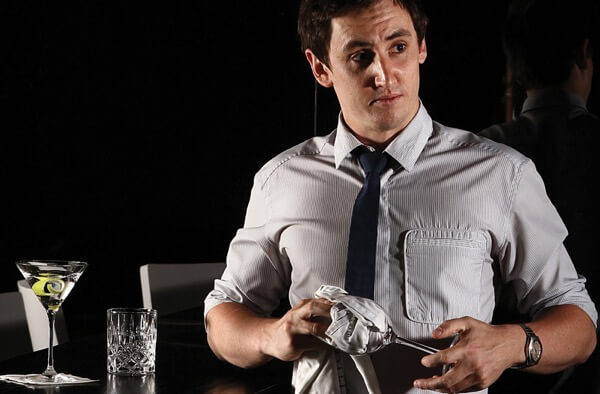 Talented Bartender #3: Jason Williams – It takes a decent dose of creativity to create a game changing cocktail, and this mixologist did it multiple times. Based in Sydney, this innovator has created a slew of game changing cocktails. His brilliant use of Beefeater 24 gin and green tea mist gave birth to his signature drink, Werewolves in London.

This epic creation won him the Beefeater 24 global cocktail competition after blowing away the star-studded line-up of judges. His list of drinks doesn’t stop there, since Fear & Loathing and Smoke & Broadswords have also garnered international attention. Stop by the The Rook to try out some of his wildest creations! 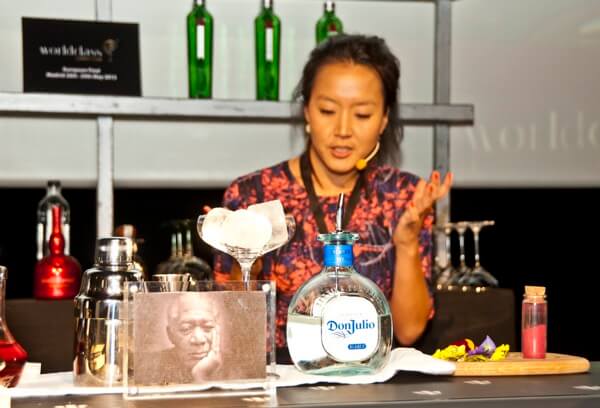 An epic cocktail isn’t complete without an amazing meal!

Talented Bartender #2: Monica Berg – The best compliment to a quality cocktail is a gourmet meal, and this wisdom isn’t lost on Monica. She teamed up with renown chef Jason Atherton to take his Michelin-starred restaurant to the next level. At Pollen Street Social, delicious meals are accompanied with a vibrant selection of cocktails. Berg’s creative contributions are so legendary that even people who don’t drink can’t ignore her cocktails. They sport some of the most electrifying combinations available, so don’t miss out on this divine mix of cocktails and food! 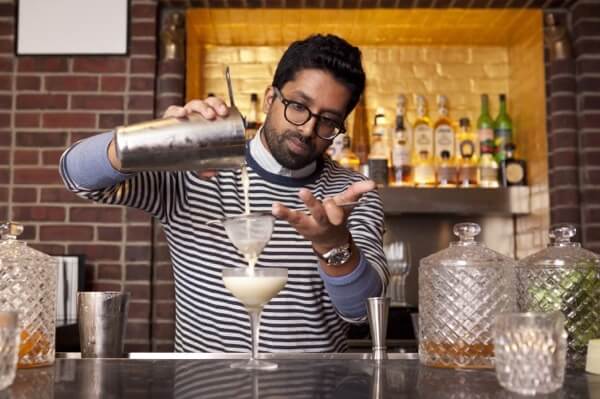 This man is trying to revolutionize the industry’s approach to providing quality cocktails.

Talented Bartender #1: Ryan Chetiyawardana – In the UK, one bartender is fighting valiantly to create an undeniable unique combination. For too long cocktails have been associated with excess, and this visionary is aiming to break the mold. By uniting cocktails and sustainability, this talented bartender is freeing bars from outdated stereotypes. Ryan Chetiyawardana teamed up with Iain Griffiths to create White Lyan. He later opened Dandelyan, which has cemented his legacy in the UK’s thriving bar scene.

Both bars provide an impressive selection of high end drinks that don’t produce an ungodly amount of trash. Without sacrificing quality, they have reduced their waste to just bottle caps and napkins. This is an impressive feat, since most bars’ menus can’t compare to this epic selection. Their cocktails are extremely impressive, since they only contain premium ingredients.

Surprisingly, their menus don’t sport most of the ingredients that have become wasteful industry staples. Ryan Chetiyawardana has managed to find new ways to create amazing drinks. He doesn’t use ice or fresh fruit, which separates his formula from literally every other bartender in the world. By ditching the ice machine and relying on interesting concoctions, Ryan has created a whole new breed of bartending.

Every customer agrees that his cocktails are phenomenal, and no one can believe that this bar manages to exist harmoniously with nature. It’s a rare theme that’s executed in a groundbreaking fashion. This ingenuity has won Chetiyawardana multiple prestigious awards, and his ideas are setting an example for future entrepreneurs. By creating something completely unique, this man is paving the way for the future of sustainable cocktails.